The Courageous Chicken may earn a commission for purchases made after clicking links on this page. Learn More.

How to prevent SIDS is one of a new mother's biggest worries during those late nights awake with the baby.

And for good reason. SIDS is terrifying, mainly because we don't know much about it and what we can to do help prevent SIDS from taking our precious babies.

The decreased rate of SIDS is largely attributed to the increased use of the back sleep position after the introduction of the “Back to Sleep” campaign in 1994.

Despite this decrease, SIDS continues to be the leading cause of infant mortality in the United States.

Although the exact cause of every case of SIDS can be unknown.

The increased risk of SIDS is often associated with overheating, a soft sleep surface, and soft bedding. These have all been publicized for years through the Back to Sleep campaign.

Over all the years have you ever heard anything regarding room ventilation and how to prevent SIDS?

One of the largest suggested causes of SIDS is the is the infant rebreathing exhaled carbon dioxide that has been trapped near the infant's airway. This is often called rebreathing.

According to a SIDS prevention study published in The Archives of Pediatrics and Adolescent Medicine, having a fan in the infant's room to circulate air is the single largest preventative measure that we can take.

Inadequate room ventilation can facilitate pooling of carbon dioxide around a sleeping infant's mouth and nose. This can increase the likelihood of rebreathing.

Having a fan in babies room both cools and circulates the air. This protects from overheating.

Overheating is a known high-risk factor associated with SIDS. But it also improves air quality by recirculating carbon dioxide in the room.

The study by the Center for Pediatrics Medicine found that have a fan running reduced the risk of SIDS by a whopping  72%.

And there was an even greater reduction in SIDS when as room temperatures increased.

They found that a hot stuffy room is a huge risk factor for SIDS. As room temperatures rise the importance of having a fan running also rises.

The study found that when the room temperature was warmer than 70°F, fan use was associated with a 94% decreased in the risk of SIDS  compared with no fan use

If you are worried about baby being cold it is worth it to invest in some wearable blankets or swaddling wraps. A hot, stuffy room is just not worth the risk!

There are some great fan options available out there and they range from a simple desk or oscillating fan to a high tech air purifying bladeless fan.

I love the bladeless fan by Dyson. My 4 month old daughter was waking up every morning with a stuffy nose due to spring allergens. This fan helped tremendously with that.

The Dyson Pure Cool Link purifier fan automatically removes 99.97 percent of allergens and pollutants as small as 0.3 microns such as pollen, bacteria and pet dander from your home. 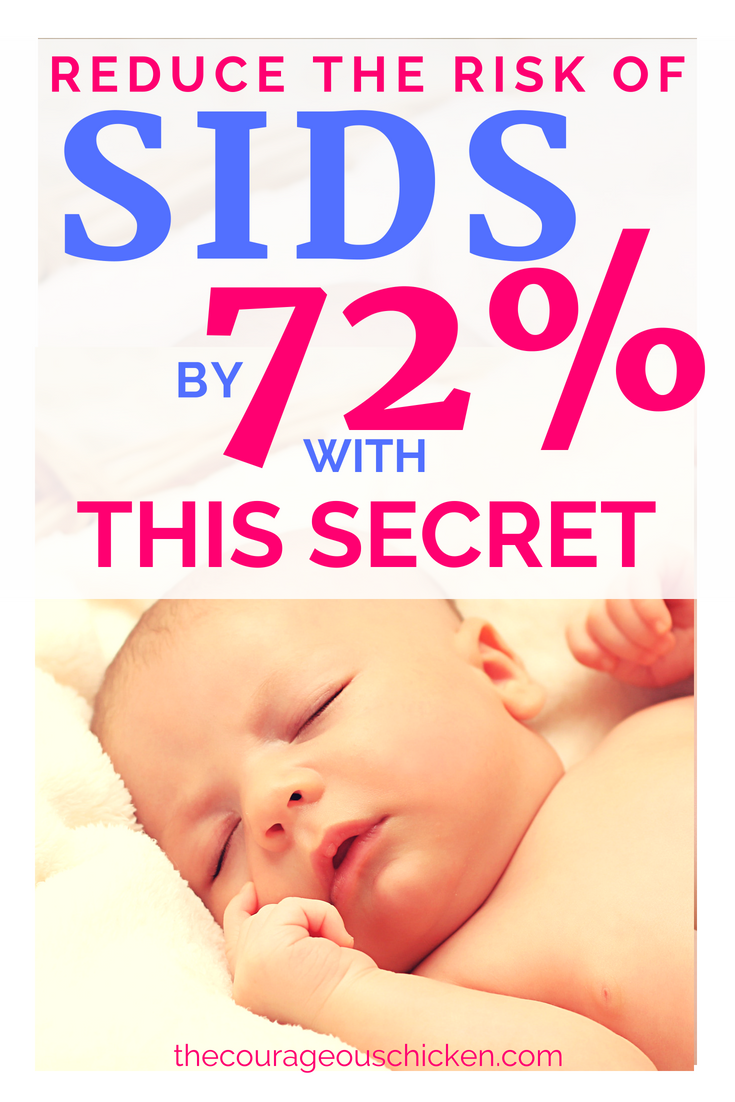 I hope that all that read this can turn on a fan for the sake of our babies. So simple, but it could save their life!

How to reduce the risk of SIDS

When Will My Baby Sleep Through The Night?